THE HUMAN EYE AND HOW IT WORKS

EYE-STRUCTURE ABNORMALITIES
The process described above works best if the eye is a perfect sphere and the cornea is smooth and rounded. Often this isn't the case. The eye might be shorter or longer from front to back than it is from top to bottom, or the cornea's curvature might be slightly flattened. 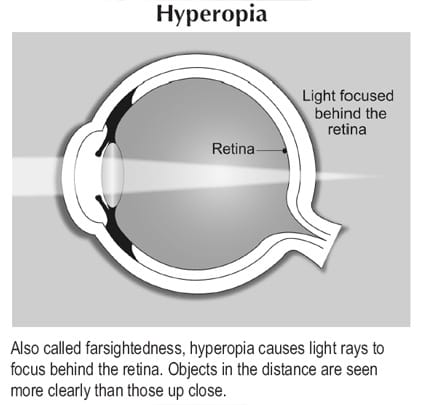 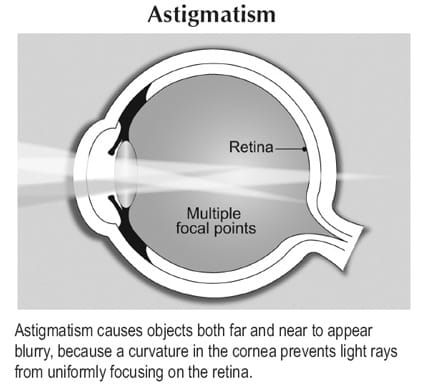 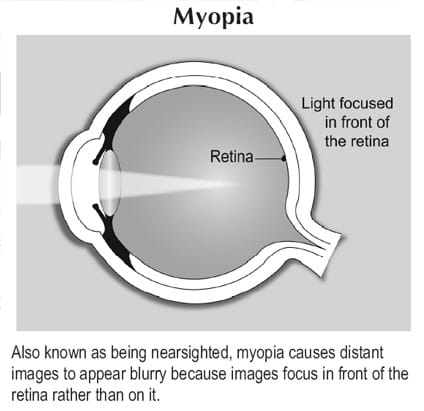 Astigmatism
The cornea's curvature should be rounded, like the side of a basketball. If, instead, it's shaped more like the side of a football, it will produce two focal points instead of just one. This condition is called 15 The Human Eye and How It Works Also known as being nearsighted, myopia causes distant images to appear blurry because images focus in front of the retina rather than on it. Myopia astigmatism and it causes blur and distortion, especially up close.

After passing through the cornea, light is bathed in a thin layer of liquid, the aqueous humor, before it reaches the iris. The iris contracts or expands (dilates) around the pupil to regulate the amount of light allowed into the eye's interior. Sophisticated cameras have light-regulating mechanisms that do much the same thing.

When you walk out of a dark movie theater into bright daylight, you've probably experienced that "blinding" sensation before the iris has time to contract, adjusting to the difference in light.